Blue Hill Farm is so proud of our para riders who traveled to Tryon, NC last weekend for the USEF Para-Equestrian National Championships!  We are also very thankful to several trainers who stepped in to coach the ladies while Missy had obligations coaching back here at Plantation Field International.  Many thanks go out to Michelle Folden for stepping up to the plate for Gigi, and to Ange Bean for coaching Laurietta!

Gigi also wanted to communicate her appreciation to the entire team who have been instrumental in sourcing, training and preparing her newest competitive mount, Heros.  Gratitude goes out to Mette Assouline for finding Heros, and to Missy for her involvement in selecting this newest mount and for traveling to Bishop Burton to help coach alongside Michel Assouline!  The time Missy spent at hacking at Rigbie Farm with Emily Walkup certainly contributed to the great improvement in scores.

Below is an excerpt from the USEF press release.  Congratulations Team BHF!!

Reserve National Champions McIntosh (Reading, Pa.), another 2016 Paralympic team member, and her Heros, a 13-year-old Danish Warmblood mare, also have a very new partnership, coming to the National Championships on a leap of faith and finishing on an overall score of 70.747%. 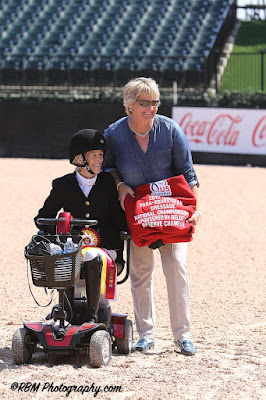 “I didn’t know what to expect here today,” said McIntosh. “I bought Heros in June and rode her for a little while in England with Michel and Mette Assouline. She was imported at the end of July and spent three weeks in quarantine, so this was a leap of faith coming here. Heros improved with every test and has been a model of exemplary behavior. This was an old freestyle that I have ridden many times with my last horse, so coming into the ring to ride it felt like putting on an old shoe. Heros just fit into the right place and seems to enjoy the music a lot.” 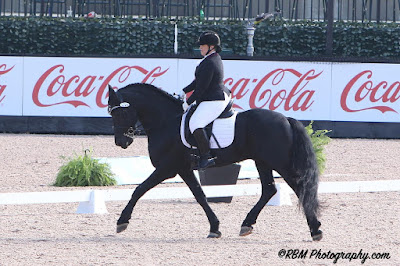 Laurietta Oakleaf (Coatesville, Pa.) and her 13-year-old Friesian stallion Niekele Fan Busentiz placed third in the 2017 USEF Para-Equestrian National Championships sponsored by Deloitte with their consistent performances, ending on an overall score of 69.649%. The combination won all three of their tests over the weekend, with a 69.899% in the Grade II FEI Team Test, a 68.529% in the Grade II FEI Individual Test, and ending with a 71.389% in the Grade II FEI Freestyle Test. She and Niekel Fan Busentiz had been together since the stallion was six months old. Oakleaf handled most of his training and they began competing seriously in 2015.

“His strongest test was today,” said Oakleaf. “We got him a little more round in the back and a little more through in the bit. He had a little bit more push of the hind end today. I think it was about consistency and each day asking for the same thing and adjusting or changing what we needed. I was really proud of him today. He had a really good test.”

FULL PRESS RELEASE FROM USEF
Posted by Lisa Thomas at 8:39 AM