Laura Goldman finished in an impressive 4th position with a score of 69.9 after her Individual Championship test on Carlingford JD!!

Many thanks to Scott, who is sending me photos from the prior day's schooling.  We'll be sure to put together a full photo album after all the excitement from the event.

Posted by Lisa Thomas at 7:41 AM No comments:

James called today to give me the final results of his Individual Championship Test.  Notably, the comment that he made was that he & Jessica were quite pleased with his results, and that optimism continued throughout our conversation.

The only real notable mistake came during his extended canter, where he took ownership for a shift in his own position which caused Ben to swap his lead.  He felt the judges didn't score him very high, with a 66%, but he was quite happy with his 5th place overall out of a field of 18 riders!

It was also a fun homecoming for James, with quite a few supporters from the Irish contingent, including Ronan Tynan, the Irish opera singer who sang at opening ceremonies.

Next up for James will be the Grade IV Freestyle on Sunday.

For the full list of results, please click here & check back frequently for our updated photo album.

Cheers!
Posted by Lisa Thomas at 5:44 PM No comments:

Daily radio coverage of the 2010 Alltech FEI World Equestrian Games continues with the first day of jumping and a preview of Para with Susan Treabess and Missy Ransehousen. Plus Jane Savoie joins us for a few minutes. Listen in...
2010 Radio Show Episode 119 - Show Notes and Links:
Filed under: Missy Ransehousen, Susan Treabess, Nick Skelton, Jane Savoie, Brendon Mcardle
Posted by Lisa Thomas at 7:47 AM 1 comment:

Historical day for Para-Dressage at 2010 Games

Para-Dressage riders made history Tuesday at the 2010 Games. As they rode their dressage tests, they became the first Para-Equestrian athletes to ever compete in a World Equestrian Games.

“It’s brilliant just to be involved in such a big event,” said Jo Pitt of the British team. “It’s bigger than the Paralympics for us. Just to be beside the other able-bodied athletes is really exciting for us.”

As athletes finished their tests and rode out of the arena, their faces reflected the pay-off of competing on the world stage. Some have undergone tremendous struggles to get here, not only with their own limitations, but also with their horses, who have to be just as fit and as trusting as any other horse at the Games.

“I hope other sports come see our sport,” said Lauren Barwick of Canada. “There are a lot of misconceptions.”

The misconceptions Barwick listed included the talent of the riders, fitness of the horses and quality of competition, which she said all measure up to athletes in the other disciplines.

“Once we get on the horse, a lot of time you don’t know what our disability is,” Barwick said.

From afar, you can hardly tell that many of these athletes are disabled. And, similar to other athletes at the Games, the riders are their own worst critics, finishing their tests and discussing what went wrong and what they could improve.

“The fact that Para was included, it feels natural, because it should be included,” said Kaye Marks, a spectator who is involved with the North American Riding for the Handicapped Association.

The sport has been gaining recognition since 1996, when it was included in the Paralympic Games. In 2006, Para-Dressage became an FEI regulated sport, meaning that the 2010 Games would mark its debut with the seven other disciplines competing in the World Equestrian Games.

“It feels a bit like the Paralympics,” said Gert Bolmer from The Netherlands. “It is nice to be a part of the whole team. It is really good promotion for our sport.”

Many spectators dotted the stands of the Covered Arena, and some came over just to watch these unique athletes.

“I am sure it has got to be a great accomplishment for them,” said Cathy McCord a visitor from Cynthiana, Ky. “We just watched the jumping, which was awesome, but this is just a whole different feeling. It does give you chill bumps, doesn’t it?”
Posted by Lisa Thomas at 7:11 AM No comments:

Click on this link for a great article on James in the Pa Equestrian!!

Posted by Lisa Thomas at 6:15 PM No comments:

An Update for Ireland

I had a moment this morning to catch up with Jess & James during schooling in the indoor.  For me, this was my first time to really watch James and Jess together in action!  I was able to snap a few photos.....but I apologize for the blurry resolution, but my flash starting smoking during the schooling!!

They did look fantastic & are in great spirits, ready to represent their country.  Tomorrow they will ride their individual test in front of the judges, as a warm up round.  They compete on Thursday, and I would like to ask for anyone to submit photos to me for the blog, as I unfortunately will be returning home.

Last Day at the KER! 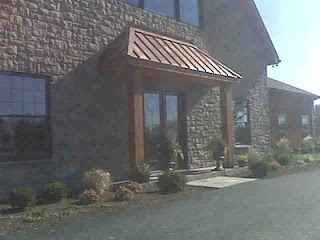 Missy & the Para crew have been down at the Kentucky Equine Research center (barn entrance pictured above) in Versailles now for 9 days.  They initially went through the team processing & opening ceremonies, and then quickly settled into a daily training routine.  Every training day has been very specific to each horse & rider combination.  Missy’s role as Chef D’Equipe requires that she acts as “captain of the ship”, but many of the riders are here with their dedicated trainers, thus Missy steps in as needed and everyone is working well as a team.
As a side bar comment, the USA Para Olympic riders are allowed 10 total riders as the host country, which consists of 1 team of 4 and 6 individual riders.  There are several different grades for the Para riders; 1a being walk only, up through a Grade 4, which is the most able bodied rider, equivalent to 3rd or 4th level in able bodied competitions.
Yesterday they competitors held a mock show, where they had a dress rehearsal for the competition, braiding & get in full dress.  Janet Foy from Colorado acted as our judge, critiquing their rides & giving them pointers for game day.
Tomorrow the team will be moving to the horse park & schedules will get very specific, so each country gets their alotted practice time in the ring.   Several team supporters will be sending in more pictures, so stay tuned for more updates.
Many thanks to everyone at the Kentucky Equine Research Center for their amazing hospitality!!

To read more about the Para Games, visit the WEG website.
Posted by Lisa Thomas at 10:26 AM No comments: