Gigi and Rio have returned home, and Missy has told Gigi that she is to stay out of the barn for a few days in order to rest up from their big trip!!  The following is a report from the final phase of their trip. 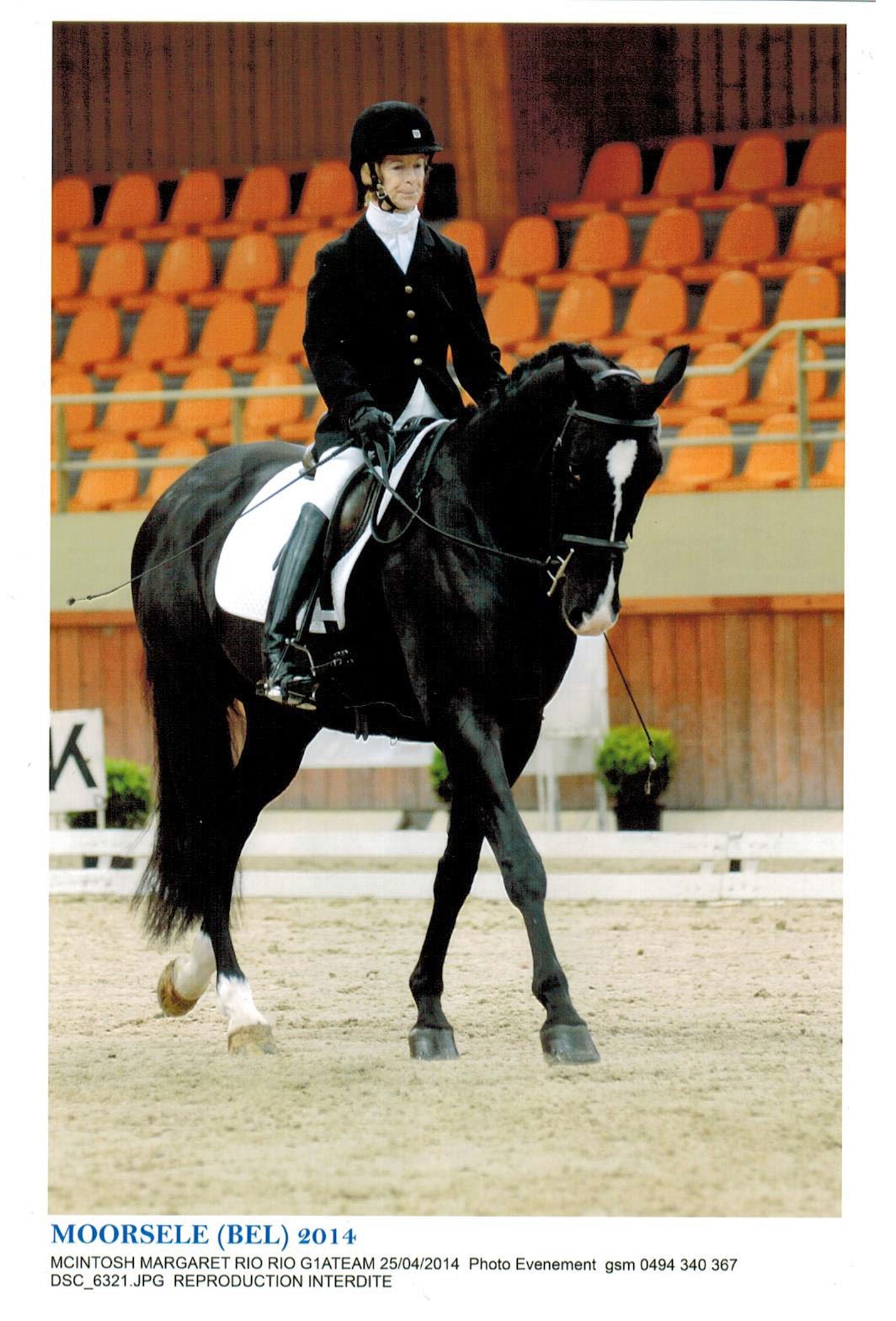 "The last leg of our European tour found us in the small town of Moorsele , BE at magnificent equestrian show venue, Quadrille.  Mary Jordan, Rebecca Hart and I shared our stabling with three lovely British riders and a very boisterous Italian Paralympic team! As a bonus, our dear friend James Dwyer from the Irish team and his lovely "new" wife, Phillipa Johnson-Dwyer (South Africa) were stabled nearby, adding to the relaxed atmosphere.

The club-like atmosphere at Quadrille, incorporating a restaurant just behind the judges' tables and a lot of activity around the ring was challenging but once again, Rio proved her worth as a no-nonsense competitor, completing her first Team test at the 1a level with a 69.2% for sixth place. A 68% (6th) in the individual test on day 2 highlighted my weak points but found us still competitive. 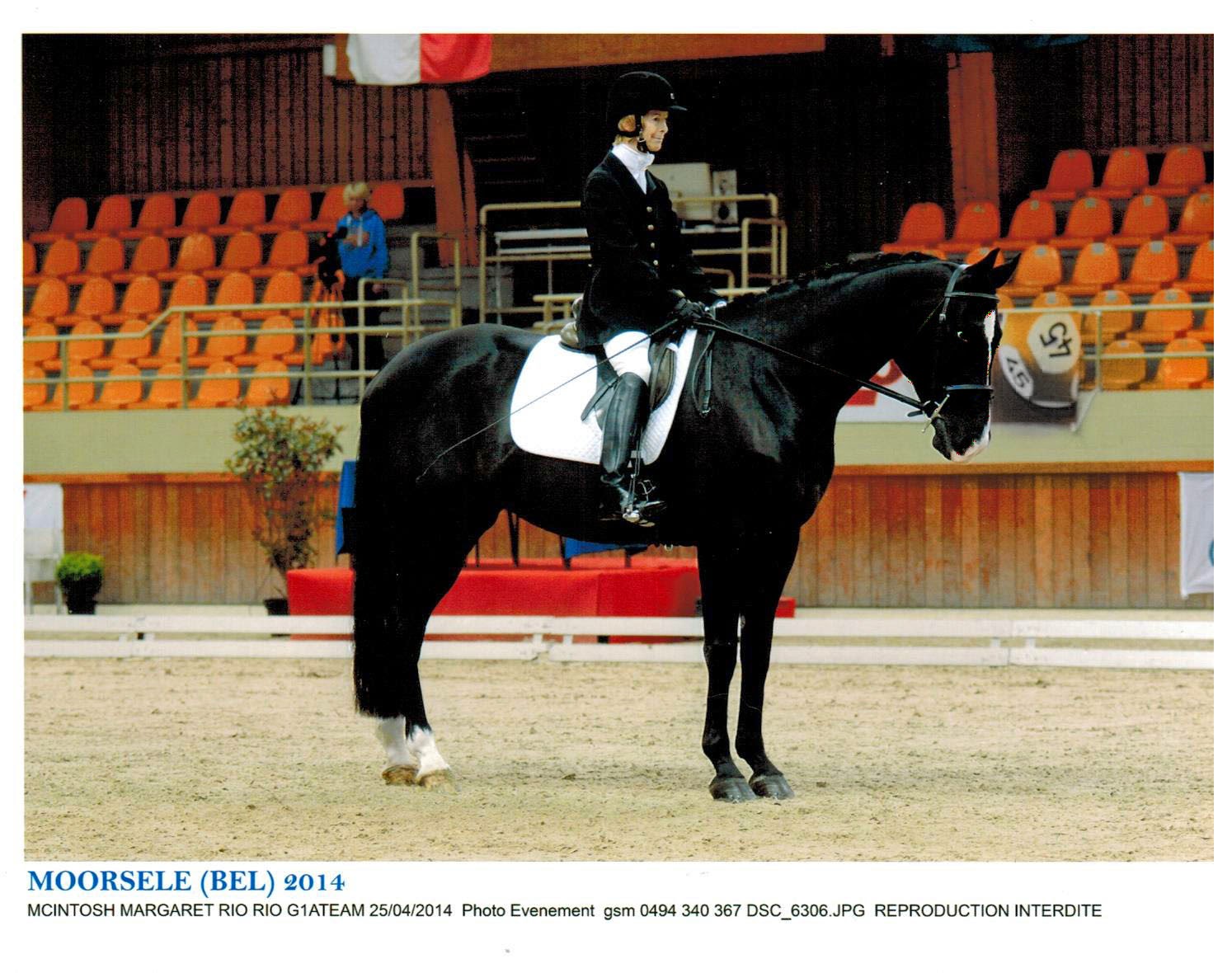 The freestyle class presented a new set of challenges! As I was newly reclassified as a 1a (due to gradually but markedly increasing spasticity), I had not prepared an appropriate freestyle. The multi-talented Rachel Gross drew on her extensive musical knowledge to cobble together lovely music from the movie 'Spirit'. Missy provided the choreography and we rode through the test once on Saturday evening.

Rio delivered a very technically correct test (as I struggled to keep up with the music) to finish with a 69.9% in fifth place! Many thanks to Missy and Rachel for their great efforts! 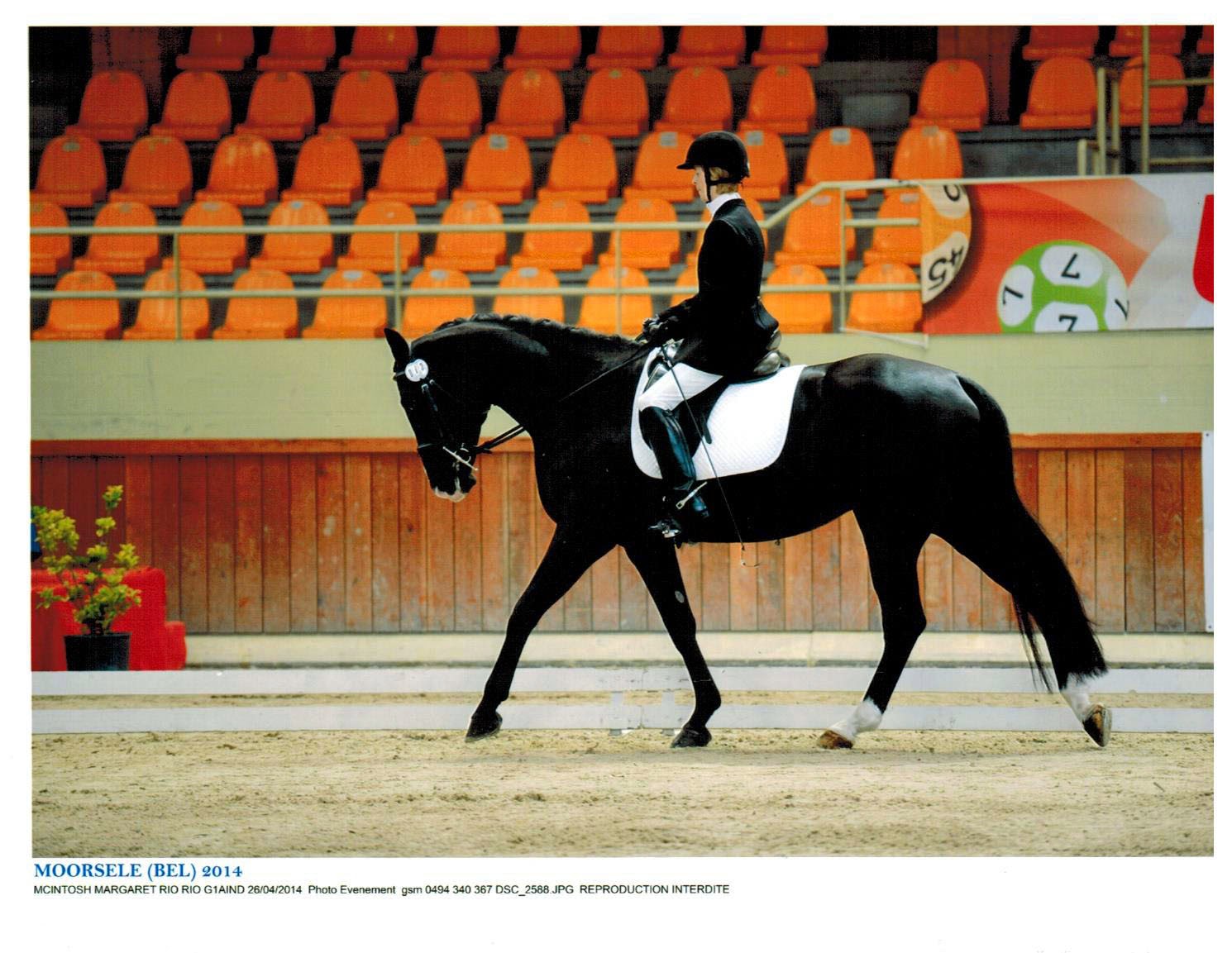 We left Belgium having successfully accomplished the goals set many months ago.  The riders and horses gained experience at very electric venues not found anywhere in the United States.
The exposure to the high level of competition, so daunting in Deauville , became a matter of course in Moorsele.   Rio's scores have improved and become more consistent at every competition this spring. We have been judged several times by the same European five-star judges who have rewarded us with markedly higher scores at each outing.

We are well-prepared for the June 2-5 National Championships and selection trials at the old USET headquarters in Gladstone, NJ. It would be lovely to see you there!

Thank you so much to Missy Ransehousen and Rachel Gross for their inestimable coaching and horsemanship and to Rebecca Hart for her philosophy. And to all of you whose encouragement helped launch this trip of a lifetime, I am eternally grateful!