News From The Katy Texas Para-Championships and Gigi's Home Town of Reading, Pa!

For our Para fans, we do have an update on Gigi and Rio's adventures at the US Para-Equestrian Dressage Championships recently held in Katy, Tx.  It took a huge effort from the team at Blue Hill Farm and through Gigi's generous supporters - but this team made it to Katy Texas, and we are very grateful!


Here is the update from Gigi:

"Finishing a very successful year in 2015, Rio Rio was in third place overall before she spooked in the Freestyle, dropping us down to a very close fifth in the USEF High Performance Para-Equestrian Dressage National Championship."

The competition in Texas was an opportunity to get in front of our competition and the judges, but was not an actual selection trial.  With that in mind, Gigi and Rio did not have their best showing to date, but the experience of traveling to Texas was paramount in preparation for the upcoming selection trials.

"We are still very much in contention for the 2016 US Paralympic Dressage Team as the selection competition moves to Wellington for two CPEDI3* International competitions January 14-17 and January 28-31, 2016."


Gigi continues with her feedback on Rio's weekend, "I'd like to blame Rio's disobedience on the weather, beginning with her arrival in Katy, TX in the middle of Hurricane Patricia! The week that followed involved wind, rain and stifling humidity, culminating in a lovely cool Freestyle Day. After all that, no wonder she was feeling a little fresh!"

"My heartfelt gratitude to Missy Ransehousen and Rachel Gross (the indispensable members of Team Rio Rio who have seen us through all sorts of adversity) and to Jessica Ransehousen and the home team at Blue Hill Farm for their enthusiastic support.  Thank you (especially) to my husband Brian, my family and my priceless friends with their limitless encouragement!  We were very happy to have great friends from Houston, Kathy Van Wie, Josephine and Martin Langley and Robin Gross cheering us on as well!" 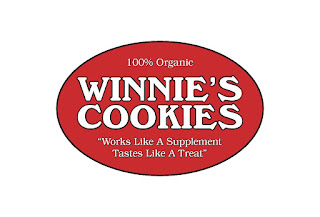 Gigi is also extremely appreciative to her sponsors at Nutrena and Winnie's Cookies for helping support her in her quest to make the 2016 US Paralympic Team!

In other news, Fork In The Road continues to be featured in area film festivals.

Thanks to Lettie Hummel's encouragement,…….Gigi's short documentary, Fork In The Road, has been chosen to be shown at the Reading Film Festival on Saturday, November 14 at the Reading RC IMAX 11 movie theater!   Showing times are from 2-4PM in a series called Saturday Shorts, see the following link for ticket information!
http://readingfilmfest.com/shorts-block-1/

If you are local, reserve your tickets and make plans for a fun local event this weekend!