A Big Congrats to David and Topper on Making The Team for NAJYR!!! 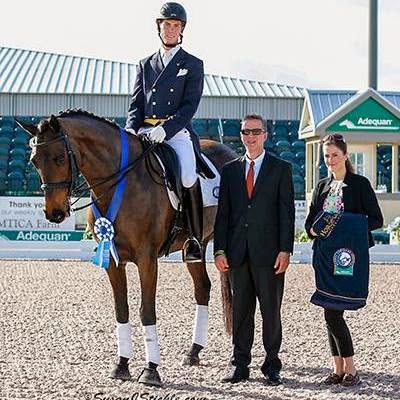 The Dressage Canada Youth High Performance Committee and Dressage Selection Panel announced the selected athletes who will represent Canada at the 2014 North American Junior & Young Rider Championships, held July 15-20, 2014 at the Kentucky Horse Park in Lexington, KY.
Three teams, for a total of 11 competitors, have been named to represent Canada at the Junior Rider level.
Young Rider Team British Columbia / Alberta / Manitoba will include the following athletes
The chef d'équipes for the 2014 North American Junior, Young Rider Championships will again be Leslie Steele of Pitt Meadows, BC and Ellen Rumball of Hillsburgh, ON. Steele and Rumball will be assisted on site by shadow chef's Alison Brebner of Osgoode, ON, and Nina Urff of Langley, BC.

FULL ARTICLE!
Posted by Lisa Thomas at 8:51 AM