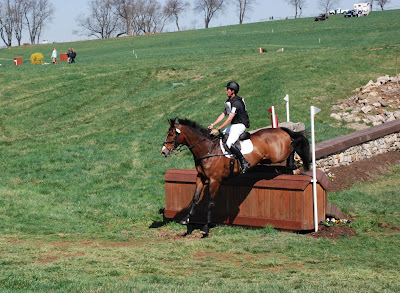 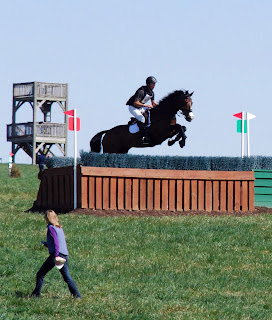 The entire crew at BHF had a successful run at Plantation last weekend. For this roving reporter, it was so great to see everyone back in town after what seemed to be an eternal winter back here in Pa!

David and BG continued their quest for qualification for Young Riders, and showed us that they will clearly be in real contention. They led the Intermediate through dressage and stadium, then had just 3.2 time faults on XC to finish in second at their second Intermediate run! Next stop Fair Hill and then Jersey Fresh. They clearly have their work cut out for them in order to qualify, but both are looking fit and up to the job.

Peter Berk, who hails from Ct. but trains with Missy in Ocala, stopped off to compete at Plantation on his way home from Florida. He led the training division after dressage and stadium, unfortunately navigating a wrong fence on XC which ended his winning ways, but we know next time he'll be out of the start box with a vengeance!

Our friend Jason Racey, who rides out of Radnor, also had a very respectable day on Dodger, who finished 7th in the Prelim division!

I apologize to Jason and Peter for not being on course for their pictures, but hope to catch them in action at an upcoming event.  Stay tuned for more spring updates........LT

Check out the photo album of David and BG on FB!

Plantation Field Full Results
Posted by Lisa Thomas at 6:30 AM