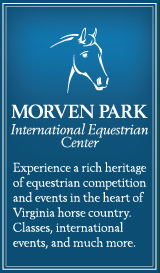 It was a great weekend for Jessica and crew down at Morven Park and the VADA/Nova, Inc. Spring Dressage Competition, held this past Saturday & Sunday, April 9 & 10, 2011.

Jessica sent the following note about the weekend:

"We had a great show at Morven Park this weekend. James won both the PSG and the Intermediare 1, and was also high score in both those classes. Rachel with Taldi was second on Saturday and first in the third level test 3 on Sunday. She then was high score third level!! Jess won her second level test three class on Saturday and Sunday on Hugh Knows.  All in all, it was a good early spring show for Blue Hill Farm!!!"
Posted by Lisa Thomas at 1:43 PM